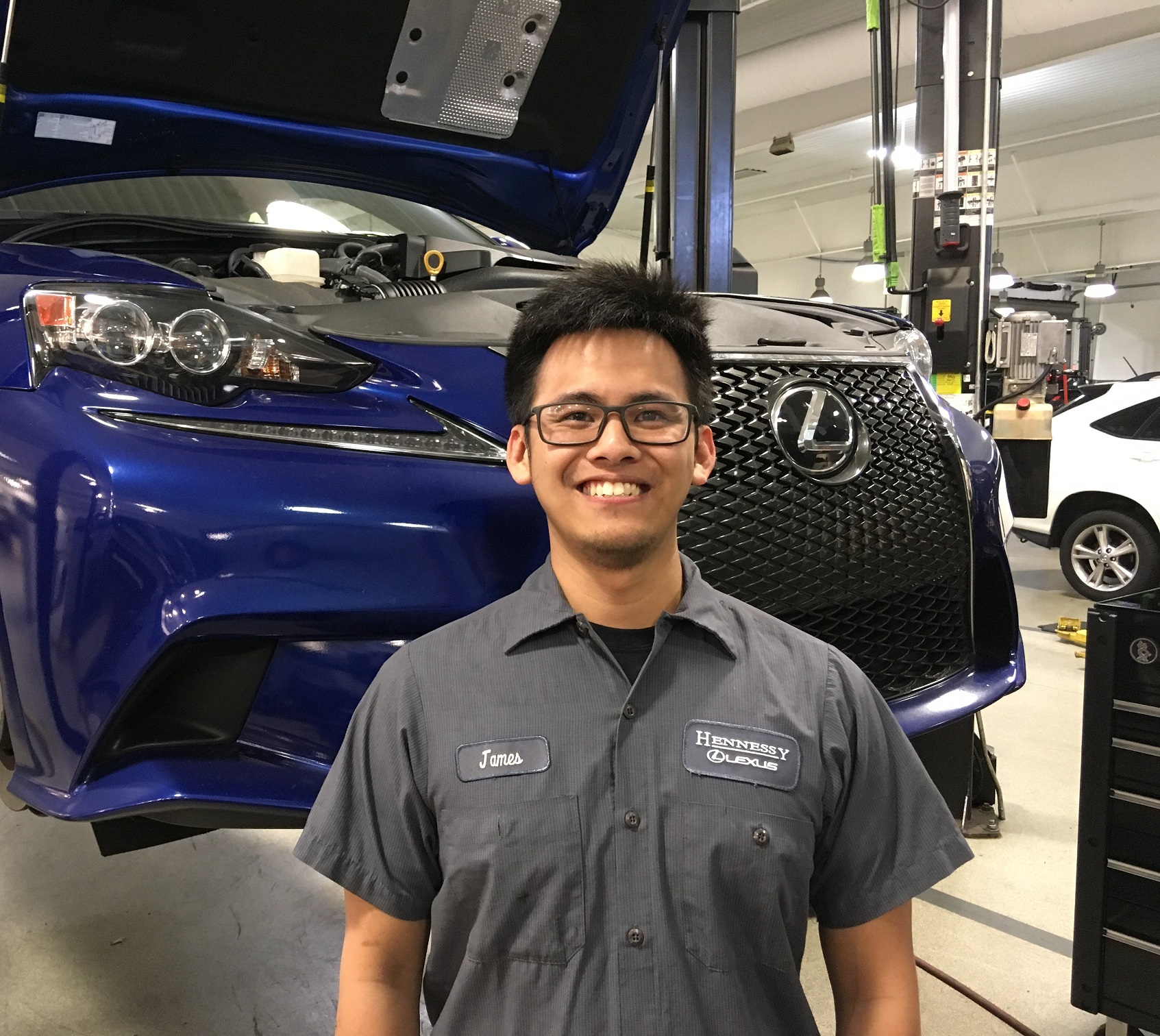 In 2017, I entered into the General Automotive Program at Gwinnett Tech with high hopes of becoming the best master automotive technician of the future. It was always my dream to work on cars as a kid, but I never got around to it because of my difficult life circumstances. I’d envisioned a lot as a child about my future, but was deeply discouraged by everyone. One issue always led to another, which prevented me from accomplishing anything. My poor decisions, lack of direction, and the immense struggles I went through for eight years took its toll on me.

I decided I would end my life because I felt it was too late to recover from my depression. That night I attempted suicide by driving my car up to 152 mph on the freeway, hoping it would crash and end my life. I don’t remember anything afterwards, but fate decided that I would not die that night. Fast forward to late 2017, with hopes of accomplishing a dream I thought was impossible, I enrolled at Gwinnett Tech. The first year I was excelling remarkably fast in my automotive courses thanks to the competent and professional instructors who took their time to help me learn. I was also named the first recipient of the Liberty Tyree Automotive Scholarship.

Gwinnett Tech held career fairs on campus to help students secure jobs before graduating, and not once, but twice, Gwinnett Tech has helped me secure two automotive positions. They also made sure that students were rewarded and recognized for their achievements, which lead me into Phi Theta Kappa and also National Technical Honor Society.

What really blessed my heart so much, was when Gwinnett Tech remembered that I told them that I would love to work for Hennessy Lexus of Atlanta after graduating. They went out of their way to contact the service director and set up an appointment for me. I knew nothing of this until the director of the automotive program told me that he had recommended me to Hennessy Lexus of Atlanta. Long story short, I got the position and am thrilled to be in the career of my dreams. Fixing my family and friends’ vehicles, working at a professional dealership, and providing quality service for our community is literally a summary of my life.

As a graduate of 2019 with a 3.9 GPA, I successfully received the AAS Automotive Technology Degree 10 years later. You can only imagine how happy I was after accomplishing not only my educational goals, but also starting a career that I truly love. I thought all this time it was too late, but it was never too late to follow my dream. Thanks to Gwinnett Tech, I am able to live my life with a purpose and to stand proud with on the foundation they have given me.

Inspired by his heroes – his father and older brother – and their example of strong work ethic and family priorities, Matthew Brown knew he wanted his career to at least live up to their legacies. “My older brother inspired me to become a welder because he always talked about things he had made and the different opportunities a welding career offers,” Matthew said.

Matthew re-enrolled at Gwinnett Technical College in the Welding and Joining program, having previously graduated with a degree in Environmental Horticulture. “After my first degree, I took two semesters of landscape architecture at the University of Georgia but quickly realized I didn’t want to sit behind a desk for the rest of my life,” Matthew said. “That’s when I decided to go back to Gwinnett Tech.

“It may have taken me some time to discover my passion, but better late than never.”

A Zell Miller Scholarship and Strategic Industries Workforce Development Grant recipient, Matthew avoided the burden of student debt and was able to focus all of his attention on his studies. After just one month in the program, Matthew secured a Production Welder position at Caterpillar, Inc., in Athens, GA, where his skills learned in the classroom are paying off profoundly.

“My proudest accomplishment is being able to produce the required number of parts per shift within my first two months, which others who have been there longer still struggle with,” he said.

Back To Top
Donate